, sensible that any attempt to reason with or sooth her would only increase the irritation. She talked on, therefore, without interruption from any of them till they were joined by Mr. Collins, who entered with an air more stately than usual, and on perceiving whom, she said to the girls,

"Now, I do insist upon it, that you, all of you, hold your tongues, and let Mr. Collins and me have a little conversation together."

Elizabeth passed quietly out of the room, Jane and Kitty followed, but Lydia stood her ground, determined to hear all she could; and Charlotte, detained first by the civility of Mr. Collins, whose inquiries after herself and all her family were very minute, and then by a little curiosity, satisfied herself with walking to the window and pretending not to hear. In a doleful voice Mrs. Bennet thus began the projected conversation. -- "Oh! Mr. Collins!" --

"My dear Madam," replied he, "let us be for ever silent on this point. Far be it from me," he presently continued, in a voice that marked his displeasure, "to resent the behaviour of your daughter. Resignation to inevitable evils is the duty of us all; the peculiar duty of a young man who has been so fortunate as I have been in early preferment; and I trust I am resigned. perhaps not the less so from feeling a doubt of my positive happiness had my fair cousin honoured me with her hand; for I have often observed that resignation is never so perfect as when the blessing denied begins to lose somewhat of its value in our estimation. You will not, I hope, consider me as shewing any disrespect to your family, my dear Madam, by thus withdrawing my pretensions to your daughter's favour, without having paid yourself and Mr. Bennet the compliment of requesting you to interpose your authority in my behalf. My conduct may, I fear, be objectionable in having accepted my dismission from your daughter's lips instead of your own. But we are all liable to error. I have certainly meant well through the whole affair. My object has been to secure an amiable companion for myself, with due consideration for the advantage of all your family, and if my manner has been at all reprehensible, I here beg leave to apologise." 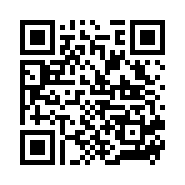